Once again I’m going to be showing my as-yet unnamed game at the Roguelike Celebration at GitHub HQ in San Francisco the weekend of October 5-6 2019!  Looking forward to reconnecting with the roguelike community, other developers and enthusiasts!

The game is online and playable in your browser if you want to check it out!

I’m going to be presenting my as-yet unnamed game at the Roguelike Celebration at GitHub HQ in San Francisco the weekend of October 6-7 2018!  Looking forward to a chance to chat with other game developers, hobbyists and a few other retrocomputer geeks as well.

Posted by Leif Bloomquist on January 10, 2018
Posted in: Commodore. 2 Comments

One of my interests is retrocomputing, primarily Commodore, and I have a particular fascination with recreations of “retro” online information systems.  There have been several such amazing projects such as bringing back dialup BBSes on Telnet, QuantumLink Reloaded, NeoHabitat, and others like the NABU Network Recreation Project.  There’s a ton of pre-Internet history to be found on these systems, and I only got to briefly experience the final days of this online world first-hand.

So you can imagine my excitement when I discovered a complete, boxed software package from 1984 called Videotex, designed by the Manitoba Telephone System no less (my home province) that implements NAPLPS (North American Presentation Level
Protocol Syntax) for the Commodore 64.

END_OF_DOCUMENT_TOKEN_TO_BE_REPLACED

It’s been a while and I got bitten by the game coding bug again….here’s a sneak preview!   More details soon… 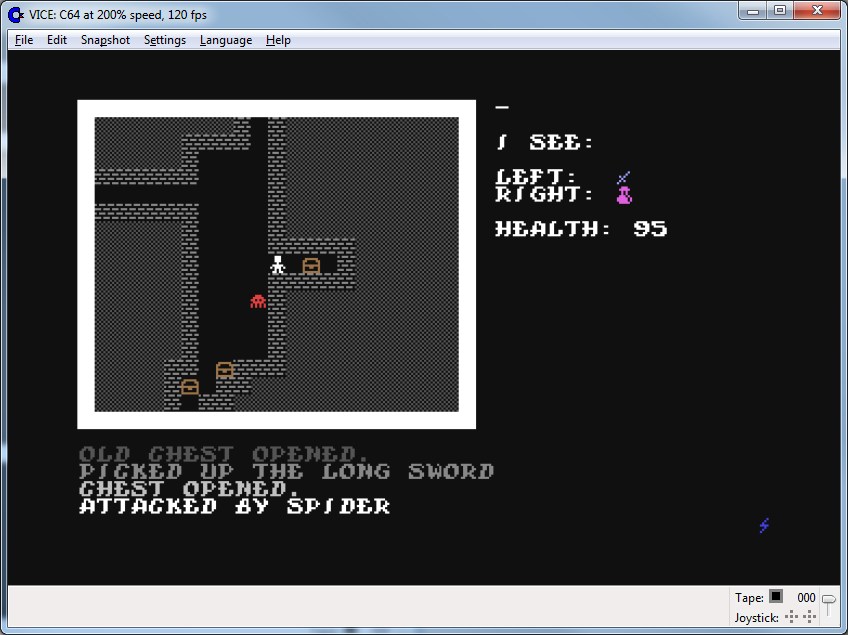 Posted by Leif Bloomquist on August 9, 2016
Posted in: Commodore, Music. Leave a comment

Máté Sebők  has created an incredible microcontroller-based hardware emulation of the Commodore 64 SID chip called the SwinSID Ultimate (based on the original SwinSID).

It can emulate the old 6581 or newer 8580 SID chips, run in NTSC or PAL mode, and so much more.  It even has blinky lights right on the board!

You can read more about the project on Facebook here, and read a review here.

To help out I created a tiny menu-driven tool that allows you to configure the various options of the SwinSID Ultimate.  You can download it here from the Commodore Scene Database.

A fairly major project I’ve been working on for the past few months is finally wrapping up.  It’s a
Wi-Fi “Modem” for the Commodore 64.

Finally got around to something I’ve always wanted to try:  I designed my own circuit boards for the first time ever (not counting acid etching in high school) and got them made!

I designed the boards in Fritzing, which is an intuitive schematic capture and PCB layout tool, and had the boards printed at OSH Park (as some of you can probably tell by the distinctive purple PCBs).    Fritzing isn’t perfect, but it’s free and was just right for a beginner like myself.

There are two boards shown here:  The first is a “Joystick Emulator” that lets you interface an Arduino Nano to a Commodore 64 joystick port through a 74LS05 buffer.   The second is a little interface board that makes is easy to interface an audio source (oh, like the Sparkfun BOB-09964 microphone) to the MicroView (which I’ve posted about before).

I’ve already done a second version of the MicroView boards, which puts the BOB-09964 right underneath the MicroView. This is intended to be the basis for some cool wearable sound-reactive jewellery.

It’s great to have learned a new skill, and having your ideas turned into physical reality is super cool!